When television first started and for many years hence programmes focused on providing entertainment or information. The entertaining nature of programmes ensured its popularity and it cut across all lines and attracted large numbers of viewers who tuned in regularly to watch.  The problem arose when it was noticed that such entertaining programmes were upping their popularity by introducing elements like sex and violence to grab more eyeballs. The alternative to these programmes were boring educational programmes that lacked attractive elements. The programmes focused on simply reproducing textual knowledge without taking care as to how such information was presented or packaged.  People therefore had just two types of programmes to choose from and there was a feeling that the power of television was not being utilized for greater good. 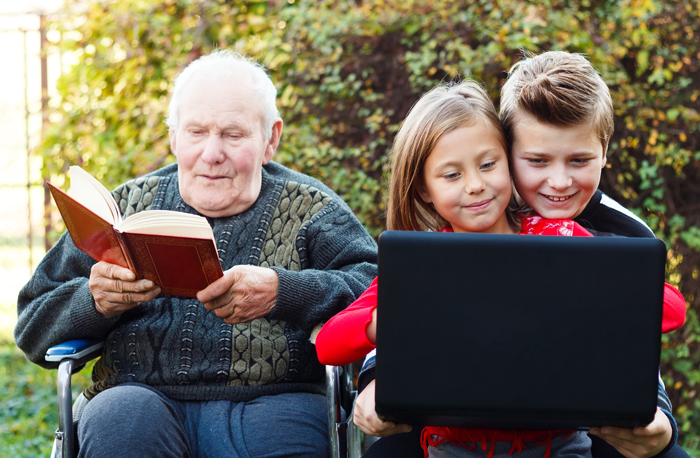 At this point in time in 1969, Simplemente Maria (Simply Mary)

A Peruvian telenovela started airing and soon tasted unbelievable success in the Latin American world. The soap-opera was highly entertaining as it traced the life of a rural woman who moves to the city where she becomes a maid. This humble maid then slowly transforms her life as she takes up sewing and attends adult literacy cases. Eventually she creates her own fashion empire. This rag to riches story struck a chord with its viewers who became deeply affected by the choices of the protagonist. More people signed up for adult literacy classes and learnt sewing. Even the sale of Singer sewing machines (the brand that the lead character used) went up. Maids reported being treated better by their employers and by the time the telenovela ended in 1971, issues ranging from problems faced by migrant women to the acceptability of inter-ethnic romance was discussed. This surprising outcome showed that not only were viewers being entertained, they were also being socially educated. Thus the concept of entertainment education was born.

Miguel Sabido, A television producer and director tried to explain this phenomenon that had happened by drawing from various communication and behavioral theories. According to him entertainment education programmes can be used to influence society and he produced seven soap-operas from 1975 to 1982 in Mexico that proved this point. These shows were commercially successful and promoted prosocial behavior. His soap opera Ven Conmigo (come with me) once had a character that went to an adult literacy centre to pick up a booklet. The next day, hoards of people who had seen the show turned up at the same centre featured in the programme for their own copy of the booklet. Such was the impact of the show that during the period that Ven Conmigo aired, enrollments shot up in adult learning centres.

Entertainment education is therefore a communication strategy and a process by which media messages are planned and created with an aim to entertain and educate audiences so that they can live a happy, safe and value-filled life. These programmes first capture the attention of the masses by entertaining them and then educate them in a manner which is easily understood.

Entertainment education programmes incorporate the best elements of entertainment and educational programmes to attract viewers with quality shows. These programmes are escapist in nature and introduce a new world to the people watching. The viewers were attracted to stories of people like them who meet with various challenges and solve them. People became emotionally and intellectually invested in the lives of the protagonists and their acts, values, beliefs and choices are held up as standards to be emulated. Eventually viewers learn ways in which problems can be solved and are inspired to learn new things.

Entertainment education programmes soon started acting as tools that motivated change and caused altering of structures and functions in social systems. Entertainment education works in two ways to bring about changes in attitudes and behavior. It can either work at an individual level or create a climate of change by influencing the society in which we live.

Entertainment education has been successfully used to talk about HIV/AIDS, women’s rights, evils of dowry, adult education, family planning, etc. Take for instance the soap–opera, Hum Log (We the People) that ran in India from 1984-1985. The 156 episodes aired, spoke about issues ranging from family planning, equal status for women to family harmony. The soap-opera was very popular with 90% ratings in Hindi speaking cities in North India but as it focused more on entertaining than on educating, people became aware but very few changed their behavior.

The success of entertainment education programmes

It lies in its ability to reach those that are normally difficult to reach and inform those who are normally resistant to pro-social messages. Entertainment education programmes are self-sustaining as they pay for themselves while not sacrificing educational interests. They are used more in developing countries where the media saturation is not as bad as developed countries where the media puts out conflicting messages. From television, entertainment education has branched out today to encompass a wide range of formats like films, talk shows, cartoons, comics, theatre, etc.