Culture is the values, beliefs, thinking patterns and behavior that are learned and shared and that is characteristic of a group of people. It serves to give an identity to a group, ensures survival and enhances the feeling of belonging. Identity is the definition of ones- self. It is a person’s frame of reference by which he perceives himself. Identities are constructed by an integral connection of language, social structures, gender orientation and cultural patterns. There is a complex relationship between culture and identity. 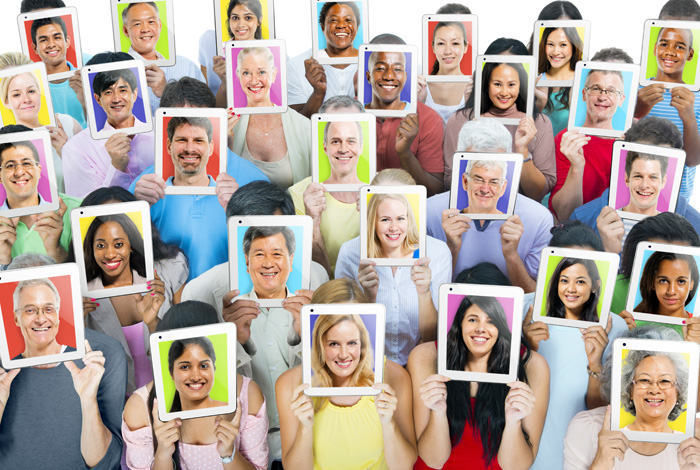 Cultural identity is self-identification, a sense of belonging to a group that reaffirms itself. It is the extent to which one is a representative of a given culture behaviorally, communicatively, psychologically and sociologically. It consists of values, meanings, customs and beliefs used to relate to the world. It reflects the common historical experiences and shared cultural codes which give us as one entity a stable, unchanging, continuing frame of reference and meaning. People’s judgments about whether they or others belong to a cultural group can be influenced by physical appearance, ancestral origin or personal behavior (dressing, speech, holidays, and celebrations). A historical event, political conditions, who is present, situation/site of interaction and public discourse, also affects cultural identity.

Cultural identity is negotiated, co-created and reinforced in communication with others when we socially interact. They are manifestations of social reality – reflect on our unique personal life history and experience.  Forming a cultural identity involves making choices about the cultures one identifies with and deciding to join the cultural community to which one belongs.  Beliefs and practices of one or more communities can also be adapted.  It is possible for members of dominant or majority culture adopting elements of minority culture like dressing or music. Every individual belongs to numerous overlapping and non-overlapping cultural and sub-cultural groups. Therefore he has different identities at different levels that make up his cultural identity.

The theory suggests a relationship between inter-cultural competence and cultural identity. The theory deals with the study into how individuals use communicative processes to construct and negotiate their cultural group identities and relationships in particular contexts. According to the theory, culture is one of the many identities expressed in communication encounters. Cultural identity becomes evident through social comparison.  Speakers compare the status position of their own groups to those of other groups. An individual’s message during interaction will contain multiple cultural identities such as nationalist, racist, ethnic, class related, sex, gender based, political and religious. Because individuals enact multiple identities all voices within a group do not speak in the same way or have the same recognition by others.

Early versions of the theory focused on an interpretative theoretical perspective (cultural identity processes were described not critiqued), social construction and individual discursive accounts of experience. Recent years have seen the shift to increased critical perspective–attention to contextual structure, ideologies and status hierarchy.

Jane Collier and Milt Thomas combined the ethnography of communication and social construction in order to frame the properties of cultural identity. These properties refer to the manner in which members of a group communicates their identity.

1. Avowal and Ascription : These two concepts deal with what constructs or produces the cultural identity and the ways in which these identities are communicated. Avowal is how one articulates or expresses his/her views about group identity. It is how one presents oneself to another. Ascription is how others perceive an individual. It is how one refers to others. This may include stereotypes. Eg.How Asians are viewed by Europeans.

Our identity is constructed as a result of how others view us and how we view ourselves. Therefore both avowal and ascription are important. Eg.Insiders describe their culture different from how it is perceived by others. Avowed qualities versus ascribe qualities leads to conflict but resolutions depends on the status position of group members.

2. Modes of Expression : The use of core symbols (expressions of a group’s cultural beliefs and theories about the world around them), names, labels and norms (expected standard of behavior) that a cultural community share and follow in order to show that they belong to a particular group, demonstrates shared identity. Collier found out that there were some similarities in cultural norms for members of each ethnic group and there are within group differences with regard to gender and nature of relationship.

3. Individual, Relational and Communal Identity : There are three components to cultural identity. Individual refers to how an individual interprets his cultural identity based on his experiences. Relational refers to how individuals interact with one and another (what is the appropriate behavior) and communal identity is the use of communication in the creation, affirmation and negotiation of shared identity. The actions and interactions of the group, their communal practices reflect the identity of the group. Researchers can identify or study cultural identity in a group by observing everyday situations, communal activities, rituals, holiday celebrations.

4. Enduring and Changing Aspects of Identity : The cultural identity changes due to several factors which are social, political, economic and contextual.

5. Affective, Cognitive and Behavioral Aspects of Identity : This refers to emotions fully attached to cultural identity in particular situations.

6. Content and Relationship Levels : This refers to the interaction between two or more individuals. The message exchange carries information/content. The participants of the conversation interpret the choice and meanings of the words based on their experiences. The interactions also show the relational level based on how a person delivers the message. This level of a message implies a cultural interpretation of who is in control, their levels of closeness, what they feel about each other, level of trust, etc.

7. Salience or Prominence : This is the degree to which an identity is demonstrated in a situation and refers to how much a person’s cultural identity stands out and attracts attention. This is influenced by the extent of similarity or difference between two individuals. The intensity differs depending on context, situation topic and relationship. Prominence shows a strong investment/involvement in an identity.