Melvin Lawrence De Fleur (born April 27, 1923 in Portland, Oregon) is a professor and scholar in the field of communications and Social Psychology. In 1954, University of Washington gave a Ph.D in Social psychology for his experimental study “Experimental studies of stimulus response relationships in leaflet communication” based on American Communities how information diffused by them. He taught very universities from 1954 to till today. Now he is working as a Professor and head in the Department of communication and Advertising and Public Relations in the University of Boston.

Background of the theory: 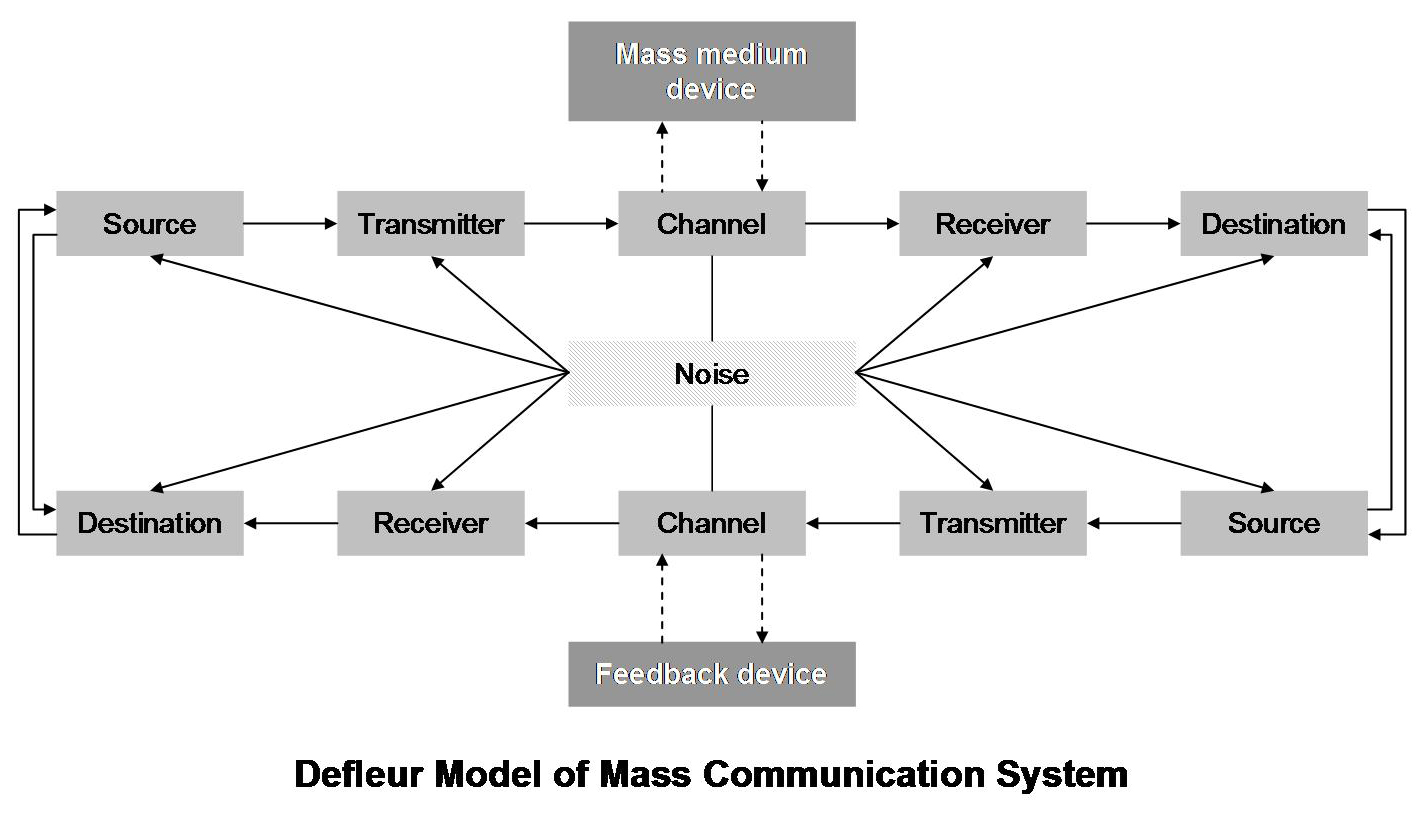 De Fleur’s model can be well explained with the help of advertisings. Say let’s assume source as the advertising strategy or simply the information about the product which the company intends to tell to its audience. This is then converted into message as ad film and then transmitted by a mass communicating channel. At the other end the receiver (TV set or radio) decodes the information as message and finally it is being transformed to the destination (the target audience). Now comes the feedback aspect. The feedback acts as a message – an information source and the same process continues where the message reaches back the advertising company. (Feedback may happen through emails, social networks).

Through feedback, the company can know whether their intended message has reached the target audience and if not they can modify their message and once again involve in communication process.