The Spiral of Silence Theory 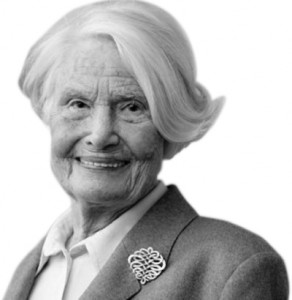 Elisabeth Noelle-Neumann, the German political scientist contributes the famous model called “Spiral of Silence”. In 1947 Neumann and her husband found “Public Opinion Organization” in German and also she was a President of “World Association for Public Opinion Research” in 1978 to 1980. Through this Spiral of Silence theory Neumann indirectly explains the Jews status during World War II under Nazi’s control. Here, Adolf Hitler dominated the whole society and the minority Jews became silent due to the fear of isolation or separation.

The one view dominated the public scene and others disappeared from the public awareness as it adherents became silent. In other words, the people fear of separation or isolation those around them, they tend to keep their attitudes to themselves when they think they are in the minority.  This process is called “Spiral of Silence”.

In a company, the managing director decides to increase their working hour from 8 to 10 and send e-mail to all employees. Majority of them accept this time changes and few employees are not satisfied with his decision. But they cannot or ready to express their thought publicly.

1.    They may feel unsupported by the other employees.

3.   “Fear of Rejection” By rejecting their personal opinion from the public will help to avoid fight.

4.    They may try to save their job by suppressing or avoid personal statement in public.

They frame work based on few assumptions:

1.    Spiral of silence theory describe as a dynamic process, the predication about public opinion in mass media which gives more coverage for the majorities in the society and gives very less coverage for minorities.

2.    In this social environment, People have fear of rejection to express their opinion or views and they known well what behaviors will make a better likelihood. It’s called “fear of Isolation”.

3.     Being the part of Minority. People loss their confidence and silent or mute to express their views because of the fear of isolation or they feel alone or unsupported.

4.    Sometimes the minorities withdraw their expressed opinion from public debates to secure themselves from the majority.

1.    Spiral of Silence theory has both micro level and macro level explanatory process.

2.    It works well during the public campaign, Senate and Parliament.

3.    Spiral of silence theory – which helps to raise question about considering the role and responsibility of media in the society.

4.    The theory which is not considering the other explanation of silencing. In some cases the person may feel the majority’s ideas or opinion is much better than his own view.