The conversation theory is a transdisciplinary learning theory. Developed by Gordon Pask in 1975, it is influenced by a range of cybernetics, linguistics, computer science concepts, cognitive psychology and neurophysiology.

Is the study of controlled dynamic systems. Pask used a cybernetic approach to networks of concepts and interactions with a computer in order to create a framework where opposing points of views are resented and discussed before arriving at a conclusion (dialectic). This framework explains the process by which knowledge is constructed. Cybernetic systems first influence their environments and then feel the effects of their changes. For example, an air conditioner is set to cool a room to a specified temperature. It then reads the existing temperature in the room and starts cooling till the desired temperature is reached. Then the cooling is stopped and resumed only when the temperature in the room changes and the room becomes hotter. Thus the process is repeated till the system is switched off.

This theory which was initially used to show how systems gain knowledge by continuously interacting with users or other machines was then later applied by Pask to explain the role of conversation in learning. 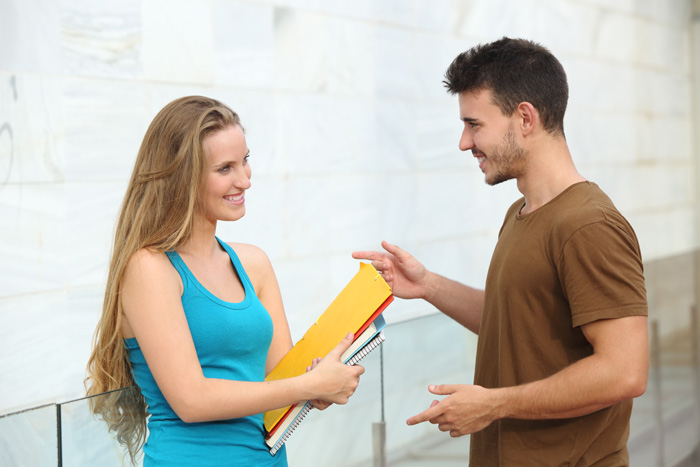 It tries to understand how complex topics are understood in conditions that are controlled. A number of complex interactions are necessary for learners to construct meaning and make knowledge explicit within real life sociocultural environments. Language plays a major role in social systems where interpretation of another’s behavior influences responses and where a conversation enables the creation of meaning. These conversations are interactions that help overcome differences. It is a mechanism for conflict resolution where through information transfer, the dissension levels between participants is reduced and an agreement is reached to understand something in a particular way. This sense making process involves a negotiation of shared perspectives about various themes and leads to coordination.

A conversation normally takes place in a contractual or normative framework. An individual agrees to participate in the conversation in order to learn about something. The two participants in a conversation represent the cognitive structures of knowledge and each has a different perspective and a role to play. The participants can be human beings, states, countries, cultures and even artificial intelligence machines which are a special form of human-machine interaction. A student may talk with himself (critical thinking or metacognition) or refer to books or the internet in an attempt to understand a topic.

Participants do not profit from the variety they bring as an individual but from the variety that evolves from these interactions. All participants may profit from these exchanges. Although specific outcomes of such interactive dialogues are unpredictable in time they may lead to new inventions and discoveries. Becoming a participant is an active process of developing goals that shape further participation. It involves developing characteristics that identify one’s contributions to the conversation and it leads to the development of procedures to ascertain that one is still a participant.

Learning occurs as a result of continuing conversations on a focused subject matter that these participants engage in over time. A conversation includes and depends on mutual comprehension, agreements and agreements to disagree.

There are two types of learners

Knowledge is agreed upon through the exchange of information. When understanding is tested, responses based on rote memory are not accepted rather understanding has to be demonstrated by applying this knowledge to an unfamiliar situation in a concrete non-verbal way. The theory emphasizes teachback, a process in which one entity teachers another entity what they have learned.

The theory is based on linguistic exchanges and itself therefore is a generator of the languages involved. The conversational language must have the power to express commands, questions, obedience, answers and requests. The language need not be verbal; it can be graphics, music or facial expression. The theory aims to deregulate and not to control. During a conversation, personal concepts are exchanged and shared concepts (common meaning agreements) also known as public concepts evolve. Only when there is a difference in concepts is there a need for a conversation. Post a conversation, the personal concepts of two individuals may be enriched but need not be identical.