The Uses and Gratification theory discusses the effects of the media on people. It explains how people use the media for their own need and get satisfied when their needs are fulfilled. In other words, it can be said that the theory argues what people do with media rather than what media does to people. Also, this theory is in contradiction to the Magic Bullet theory, which states that the audience is passive. This theory has a user/audience-centered approach. Even for communication, say – interpersonal, people refer to the media for the topic to discuss among themselves. By referring the media, they gain more knowledge and exposure to the world beyond their limited eyesight. 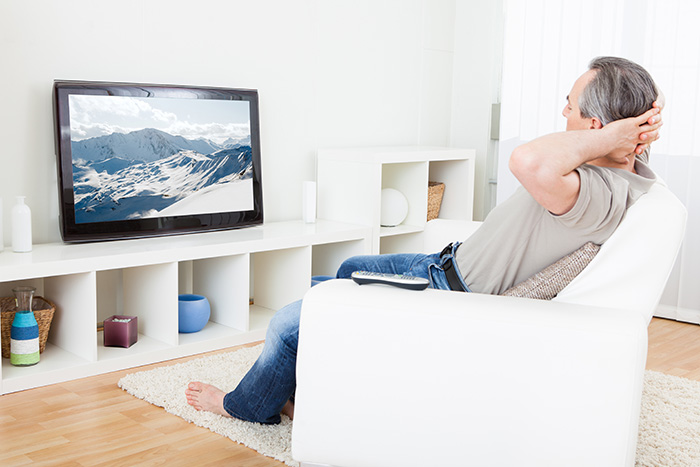 There are several needs and gratification for people. They are categorized into five needs.

People use media for acquiring knowledge, information, facts, etc. Among the audience, some have the thirst to acquire intellectual and academic knowledge. This is not a very common phenomenon. Different people have different needs. For example, quiz programs on television give on factual knowledge; to know about current affairs people need to watch the news regularly; search engines on the internet are also very popular since people can browse for any topic easily under the run with no time restriction.

It includes all kinds of emotions, pleasure and moods of the people. People use media; say television, to satisfy their emotional needs.

The best example would be when people get emotional or sometimes even they cry for a sad scene while watching the movie/soap opera.

This is the self-esteem need. People use media to reassure their status, gain credibility and stabilize. So people watch television and assure themselves that they have a respectable status in society. For example, people watch advertisements in the media like jewellery ads, furniture ads, apparel ads, etc. and buy these products so that they can change their lifestyle. Hence the media helps them to do so.

It encompasses the need to socialize with family, friends and relations in society. For social interaction nowadays, people do not seem to gather socially during weekends instead they have turned to social networking sites on the internet such as Facebook, Twitter, and Tumblr etc. to satisfy their needs.

Another example is people may start watching a particular programme, not because they have any self interest, but because their neighbour/friend watches it such that both the parties may have something in common to discuss.

People sometimes use the media as a means to escapism from the real world and to relieve from tension and stress.

For example, people tend to relax while watching television, listening to the radio, surfing the internet, etc. In fact, media has the power to grab audience mind since it makes them feel connected with the situation and characters emotionally.

Note: The needs are specific in nature to the individual and how the media satisfies the need is subjective. For example, some people may watch the news to relax while others may get tensed or agitated by the same. The media is the same, but people use it for different needs.

On television, most people watch reality shows nowadays not only its popular, but because of the following reasons:

Criticism of Uses and gratification theory :