Transactional leader brings followers together on a joint purpose of the goal. They are the managerial leaders who supervise and organize the followers in such a way that the performance of the team is not affected and the goal is achieved, for every achievement there are some reward and punishment on the failure. 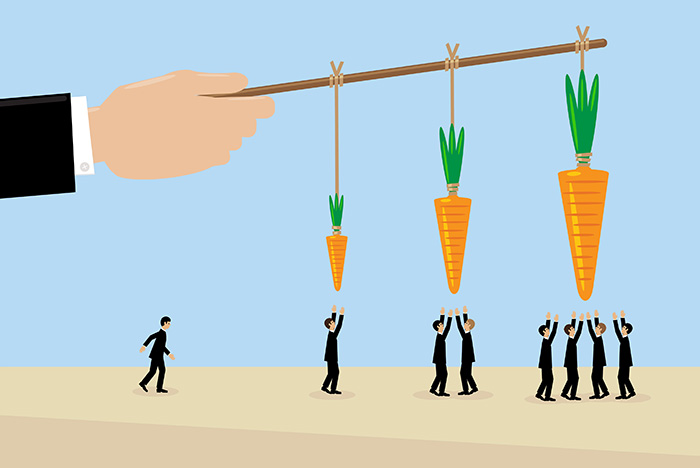 Transactional Leadership Theory was first described by Max Weber in 1947. He called it Legal – Rationality authority. He described that the leaders are always – charismatic, authoritative, traditional, and transactional by nature.

This ideology was later developed by MacGregor Burns and further expanded by Bernard Bass in his theory of Leadership. His theory explains how the leader-follower instincts work psychologically.

These leaders take initiative as long as there is mutual benefit in the exchange. Every work completed comes with a prize.

Some of the renowned Transactional Leaders are Bill Gates, Norman Schwarzkopf, Vince Lombardi, and Howard Schultz.

To elaborate the way on how Transactional Leaders work – Bill Gates, known for his charismatic leadership. Before being a Transformational leader he was also known for his strict following in the chain of command. He delegates and guides through his employees on what exactly he needs and how it can be worked on about, giving them very little freedom. Control plays the central part in Transactional leadership. Bill Gates always focused on the completion of the task in hand for the efficient and quick achievement of the target.

It is also noticed that Bill Gates used a rigorous hiring process to appoint a lot of young minds and set leaders to lead the next generation. It is for his leadership and guidance that many employees stay with Microsoft for a long period of time than others.

Even though Bill Gates initially used only Transactional leadership skills he also turned to become a Transformational leader. With years of knowledge and expertise, he started using both the skills as per demand.

It is assumed that Transactional leaders often have seen following Maslow’s theory of Hierarchical needs.

Here the leader concentrates on the Psychological satisfaction and other basic necessities of his followers to make give their best performance.

This leadership model is effective in achieving daily targets and short term goals. Being a very simple model it is very easy to understand and train the leaders in helping them understand the company’s requirement especially at times of crisis and troubleshooting management.

An effective manager, one who ensures that the demand of the company is efficiently met, while need fully ensuring that the basic need of the employees is communicated. For example, taking strict action such as removing an employee for sexual harassment will encourage female staff to continue working with confidence.