The Big Five Factor Model is the psychological model which includes five important personality traits that determine personality of a human. The five factors are usually measured in percentages and the factors are as follows. 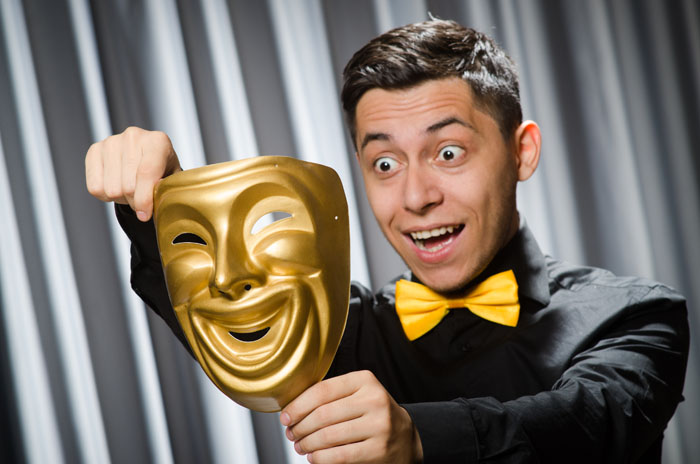 Under each of the factors, various other sub-factors are included such as gregariousness, assertiveness, excitement seeking, warmth, activity, and positive emotions under extraversion.

The five factors, commonly known as OCEAN, are as follows:

This includes appreciation for art, emotion or adventure, creating unusual ideas that induce curiosity, and variety of experiences. Openness is considered to be positive; the basic understanding was ‘the more open the person is, the more the potential for intellectual curiosity, creativity, appreciation of art and sensitivity to beauty.’ It is also an indication of how imaginative and independent the individual is. People who score high on openness prefer a multitude of activities over a daily schedule with the same activities.

This includes how individuals control, regulate, and direct their impulses. People who score high on conscientiousness avoid trouble and confrontations. They usually achieve success due to careful planning and organizing. They are also perceived as intelligent, reliable and self-disciplined. However, on the negative side, they can be perfectionists and compulsive.

The person with extroversion trait is found to be very sociable, talkative, and bold with high amount of emotional expressions. Extroverts have a pronounced engagement with the external world. They enjoy being around people and usually experience positive emotions. Introverts, however, are the complete opposite. They usually prefer quiet places and keep to themselves. Their social interaction is limited and often cut off from the social environment.

This includes traits like trust, altruism, kindness, affection, and other prosocial behaviors. It reflects the ability to be compassionate, cooperative and to strive for social harmony rather than suspicious and antagonistic towards others. Agreeable people are usually friendly, generous and get along with everyone around them. They strive for peace and are willing to compromise. They are generally positive in their outlook and are honest and decent. Disagreeable individuals focus on their own self-interests and are usually not bothered about other individual’s concerns. They are skeptical, suspicious and do not trust people easily.

This includes attributes like emotional unsteadiness, nervousness, sullen, and sad. People with such traits tend to experience negative emotions and the degree of emotional stability and impulse control. The individuals who score high on neuroticism are emotionally reactive and often experience emotions like anxiety, depression and/or anger. Their negative emotions tend to last for longer periods of time and minor situations or things would trigger them, which would usually not affect other people. Such emotional feelings can hinder their ability to cope with stress and to make rational decisions.

Value & Significance of the Model

The main criticism of the model is that it fails to explain the whole of human personality. The factors are said to not independent of each other and hence, affect each other. Methodologically, there is no universally accepted mechanism to measure the factors. Theoretically, the model is not based on any profound theory. It is merely an empirical activity.