The self-efficacy theory talks about how perceived competence of an individual can be used to understand his behavior and motivation when it comes to achieving something. Self-efficacy is used to predict the persistence levels of an individual and not his ultimate performance. 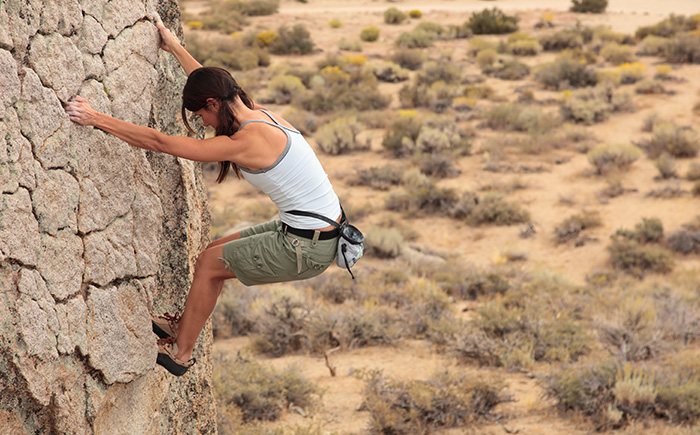 Origin of the Theory

Albert Bandura is credited with pioneering the self-efficacy theory – a set of ideas that form a part of his social-cognitive theory of personality. The theory was an outcome of the thought process that people generally tend to engage in activities that they believe they will be successful at and shy away from activities that they know will lead to failure.

Self-efficacy is essentially the perceived ability of an individual that he can do anything that he has decided to do. It is the belief in oneself that one had the capacity to complete any task or engage in any behavior. An individual’s self-efficacy for a particular task is a combined outcome of his evaluation of past performance and the level of competency that he believes he possesses.

According to this theory, people who have high levels of self-efficacy tend to feel that they can perform very well at an activity and therefore attach more value to it. According to Bandura, humans normally self-regulate in order to achieve certain targets or to foresee how they would perform in a future activity. They do this through a process of first identifying a goal and then modifying their strategy and effort level to ensure that a goal is attained.

Self-efficacy regulates on how people feel, think, motivate and behave when confronted with a new or similar task. Therefore, understanding the level of self-efficacy in a person will help us understand how and to what extent an individual will get involved in a task and what the outcome could possibly be.

The benefit of higher self-efficacy levels is that an individual starts to challenge himself by raising the level of the targets that he sets for himself. Because of his inherent belief in his capability to perform, he is even more likely to successfully accomplish these targets.

People with lower self-efficacy levels are more likely to doubt themselves and their ability to successfully reach their targets. This leads to a failure in putting in the required amount of effort to reach the goal and ultimately leads to failure in carrying out the desired behavior.

There are various factors that influence the development of self-efficacy.

Prior experience, which deals with how earlier attempts at completing a task influences how an individual perceives his ability. If an individual has been successful in his previous attempts, he will have high self-efficacy. If he has failed in his first attempt, there is lower self-efficacy than if he fails after repeated attempts. When a person realizes that putting in more effort leads to his success and not just luck, his self-efficacy becomes stronger.

Vicarious experience is also the factor that where one observes or hears what others who have completed the task have to say about their experience. This increases one’s motivation level.

Dealing with various levels of stress, anxiety or boredom is considered as the third factor called as‘arousal of emotion’. The right level of stress can motivate a person and influence his self-efficacy. The final and the least influential factor is verbal persuasion where verbal arguments are used to help convince a person that he is likely to succeed at a task.

According to Maddux, there are two types of self-efficacy. When a person is confident of completing fundamental aspects of a task successfully, it is termed as task self-efficacy. Here, the confidence is born out of the efforts that he has put in to improve himself. When there is confidence in one’s ability to complete the task, irrespective of how challenging the conditions are, it said to be coping self-efficacy.

Self-efficacy can be built by increasing participation in sports. Athletes who have high self-efficacy generally push themselves to work harder, train harder, develop better strategies and to become more focused.

Low self-efficacy in patients can be spotted by their failure to follow prescribed diets and exercise regimens. This generally leads to worsening of their health conditions. Self-efficacy is used to predict to what extent, patients are likely to comply with instructions to improve their health like changes in lifestyle for example.