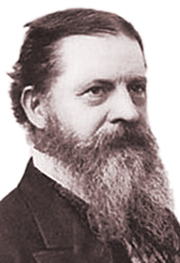 Charles Sanders Peirce (1839-1914) was born in Cambridge, Massachusetts. He was an American philosopher, mathematician, logician and a scientist. He was engaged as a scientist and made great contributions in the field of mathematics, statistics, philosophy, semiotics, research methodology and logic. He was appreciated by the philosopher called Paul Weiss “the most original and versatile of American philosophers and America’s greatest logician” in 1934. And also he is one of the founders of Semiotics.

Semiotics/Semiology is the study of Signs. It seeks to understand how language is made meaningful and how meaning can be communicated in society. Semiotics is not to be found in the text itself, but rather it should be understood as a methodology

Sign:  A Concept sign is drawn from Semiotics, a sign is anything that stands for something else in the production of meaning. It may include words, Photographs, Sounds and gestures.

According to Charles Sanders Peirce, The Sign relation is the key. He describes this sign’s relation with three basic elements of Semiotics (signs action).

Anything that stands for something else in the production of meaning is called “Sign”.  Any Sign which have subject to express the matter is called “Object”. Signs have meaning when it translates to get meaning is called “Interpreting”. Peirce describes it’s a triadic relation. All three elements are depending on each other to produce the same meaning. The sign is a subject which refers the matter is called object at the same time without interpreting their is no meaning for the sign.

A sign represents something which interpretable to refer something. It may be a symbol, linguistics or sounds. A sign stands for Subject called “object”. It can be thinkable, a rule, a quality or an occurrence etc… A sign’s meaning which form some kind of idea or effect to interpret others is called “Interpreting”. In traffic the green light represents to move or go. As per the theory the green light is the sign. The object (green light) represents and interpret meaning  is also the same. In real life situation all these components and elements are not so separable. 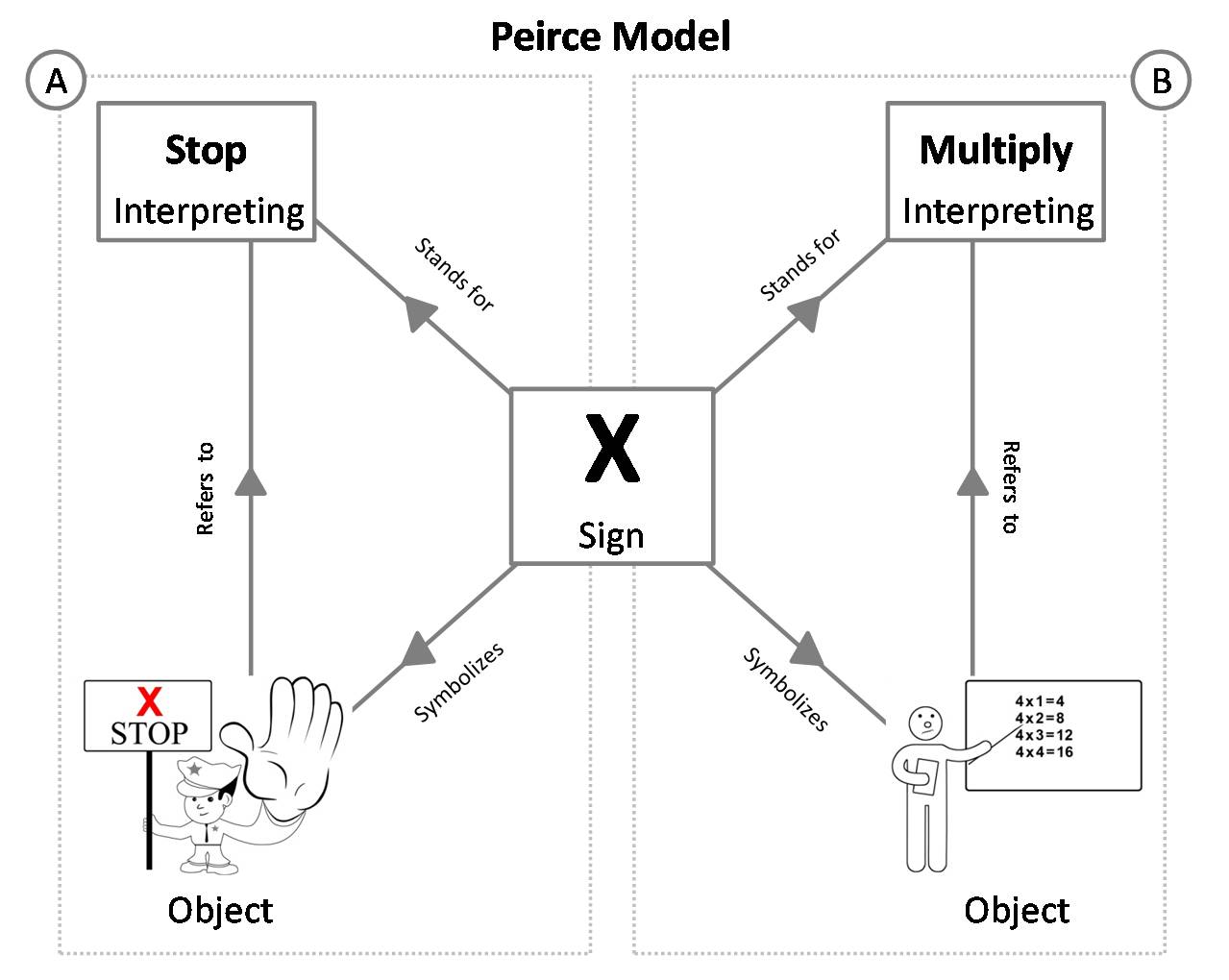 Pierce explains the semiotic structure by using triangle relationship
For example: The letter “X” stands for various other reference of interpretation.

The Peirce model of communication heavily leans to the fields of semiotics. The consideration of this theory as pure hard core communication theory is a vague.