Communication means transferring messages from one to another and it has several forms such as intrapersonal, interpersonal, group and mass communication. While it comes to group communication it has a certain patterns in its own. Few patterns are popular in mainstream communication studies. Such as 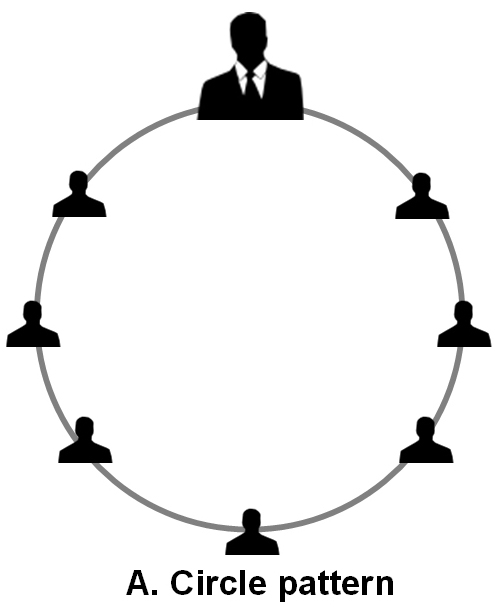 In Circle pattern, the sender (Group Leader) can communicate with the receivers (group members) who presents next to him/her. No others group members can’t receive the sender’s message directly and they receive messages from the other group members who sharing the message from the sender. In this pattern of communication the sender messages travels all over the group through sharing by its members will take time to reach sender again. 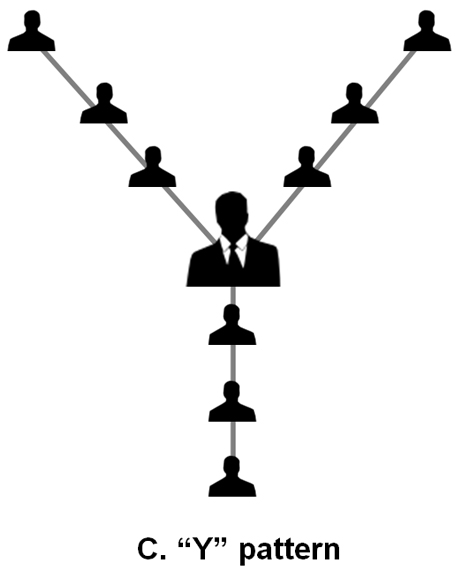 In Y pattern, it’s more complicated pattern and also has the communication problem which appears in both circle and chain pattern. The group is separated into three and the group members can communicate with the other members group through leader only. 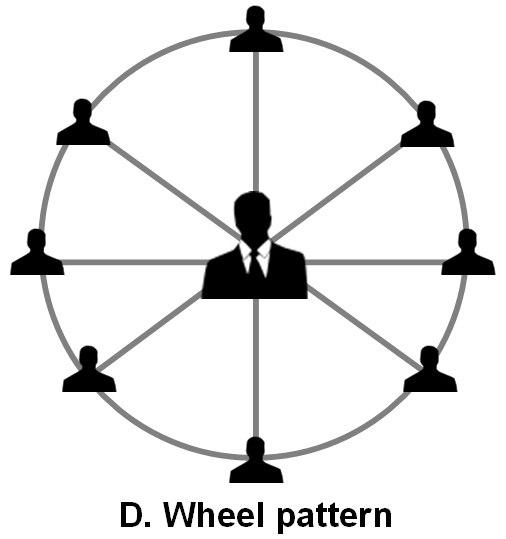