Modernism, faced opposition to the conservatism that prevailed in the late 19th century and early 20th century, which brought socially progressive trend of thought that encompasses the various culture related movements. The reason behind such movement took place in response to the feeling that ‘traditional’ forms of literature, art, architecture, religion, social and daily life were increasingly becoming outdated in the new industrialized world. 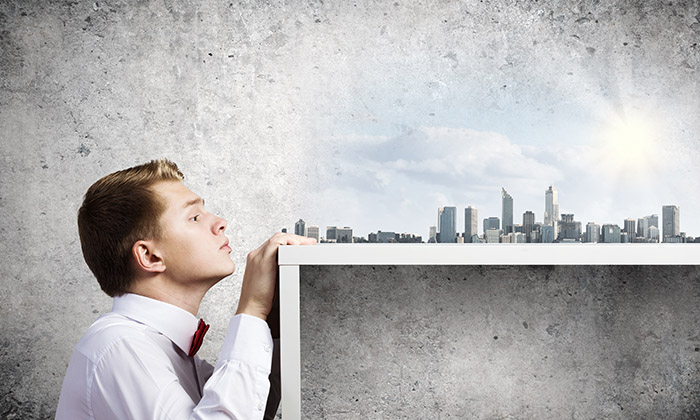 Set on cultural inclinations towards anything that is modern, be it thought, practice or character, modernism was a climate of thought. The feeling of an individual, their opinion produced a fresh way of viewing society, valuing cultural works and its makers which was more than a sum of its parts.

Modernism questioned all the maxims which were untouched and were blindly followed, with every aspect of existence, being re-examined ranging from philosophy to commerce including Religion where even the existence of an all-powerful Creator was questioned. Modernism saw the rise of the ‘self-consciousness’ and this commitment to a principled self-scrutiny entailed an exploration of the self. This way of self exploration can be observed in various forms of arts where the attention is on experimenting with the form or on the processes or materials.

According to modernism, human beings have the power to progress through creating or reshaping the environment through the use of science, technology and knowledge. Modernism tried to identify the factors that were impending progress and sought to replace it with ways that can help them reach desired goals. Modernists focused on the pursuit of a better world that provided better living conditions for all, use of technology to relieve human beings from the dangerous tasks that industrialization.

Modernism encouraged impressionism, subjectivity and focused more on how perception takes place and not on what is being perceived. Stream-of-conscious writing where words are given to the internal monologue or thoughts of the writer/character are described in detail is an example of this movement. The modernism style of presentation broke away from objectivity that third parties provided or from presenting clearly defined moral positions. It seemed to break away from the constraints that called for conforming to a particular genre. Prose of modernism writers at times seemed more poetic.

Modernism is also viewed as an aesthetic contemplation. It is a search for an abstract truth of life. Artists of this movement attached traditional means of representation and tried to reveal the ‘truth’ of human existence through the creation of ‘high art’. There was a focus on experimentation, randomness, fragmentation of forms and of narratives that were not continuous. Formal aesthetics was rejected as spontaneity and new discoveries gained importance and minimalist designs were embraced. The demarcation between ‘high’ (elitist) and ‘low’ (popular) cultures was overcome and there was a cross-over in the production, presentation and consumption of art.

However, modernism believed that in the chaos of the falling world, only art was the dependable reality. Art therefore gained importance as a unifying factor that had the ability to fix the failures of humankind. Artists and intellectuals who believed in freedom of expression, equality, primitivism and radicalism became the backbone of this movement.

Post World War II, modernism started being challenged and criticized. Its controversial rejection of tradition backfired as it eventually became a tradition by itself. Modernism shocks its audiences with unpredictable effects so as to counteract normal expectations. The criticism on modernism was disharmony was used in the modernist music, there were no intelligible plots in movies or books and poetry could not be interpreted clearly. Modernism slowly slipped from being a revolutionary movement as its institutionalization increased eventually leading to the birth of postmodernism.