Developed by Karl Marx, the Theory of Alienation or ‘Entfremdung’ posits that capitalism has distorted the human relations that are not controlled by the participants themselves. This, in turn, leads to separation of things that belong to each other naturally, which then results in antagonism in things that are in order. 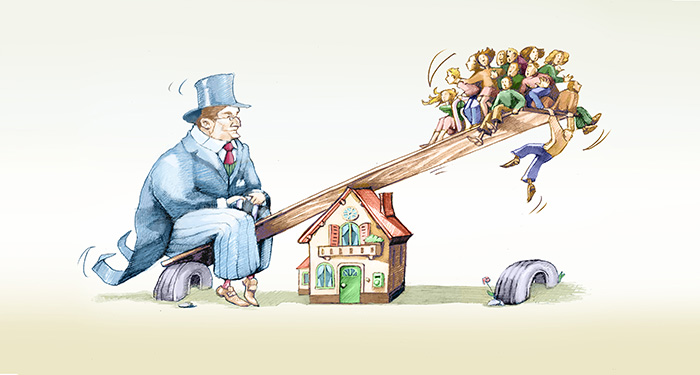 Entfremdung refers to the social alienation of people from their human nature due to the result of living in a stratified society. This was presented in Marx’s the Economic and Philosophic Manuscripts of 1844 (1927). Its philosophical roots lie in by Ludwig Feuerbach’s ‘The Essence of Christianity’ (1841) which argues that that the concept of ‘God’ has separated the human being from its natural characteristics. In ‘The Ego and its Own’ (1845), Max Stirner extends Feuerbach’s theory to include ‘humanity’ as an alienating concept whereas Marx and Engels debate in these philosophies in the book ‘The German Ideology’ (1845)

The Conclusion Drawn From The Debate

Within the capitalist mode of production, the individual loses his control over his work. He loses his ability to think, to determine his destiny, to define his relations with others and to own things of value. Ultimately workers lose the liberty to think for themselves and to make their own decisions since they have no control over their work. They do not own the goods that they produce nor do they have the freedom to produce what they want. Thus, the individual becomes animal-like in his thought as he loses his ability to think. His goals are directed towards activities that are owned and dictated by the bourgeoisie.

Types of Alienation as Per Karl Marx

The individual is alienated from the products that he manufactures because he does not own it himself. It is owned and disposed by the bourgeoisie. Thus, he cannot own the things that he produces. He is paid minimum wages and the returns of his labour are significantly low. This leads to exploitation of the worker.

Workers do not have control over the process of production. The work conditions and organization is all determined by the bourgeoisie without taking in the consideration of the individual. The division of labour further aggravates this alienation.

From himself as a Producer otherwise called as ‘Gattungswesen’ (species-essence)
According to Marx, the ability to consciously shape things around us is what makes one human. However, capitalism takes away ‘Gattungswesen’ or the essence of being human. The individual’s labour is forced and coerced.

The kind of work that the individual is made to do has no correlation with his interests or passion. The wealth that is created by the worker is owned by the bourgeoisie, driven by profit maximization. This leads to the strengthening of classes in society which hinders the individual’s ability to determine his actions.

Under capitalism, the worker is seen as an entity which can be used and traded to maximize production and profits. Workers are entrenched in the world of cut-throat competition to get the maximum wages possible from the bourgeoisie, who in turn tries to get the maximum labour from the worker. This alienation also arises inevitable from the class structure and division in society.

Marx’s Theory of Alienation is not spared from criticisms. Critiques argue that today’s free market allows people to hold shares in private institutions. This means that the profits belong to the shareholders and not just a single person. Entrepreneurship allows one to pursue their interests by providing ample opportunities. In terms of intellectual labour, many middle-men employ their skills in work that they like and participate in other extracurricular activities that they enjoy.