The Limited effects theory was proposed by Austrian–American sociologist Paul Lazarsfeld. The theory states that even if there is an effect created by the media on the thoughts and opinions of individuals; this effect is minimal at best or limited. 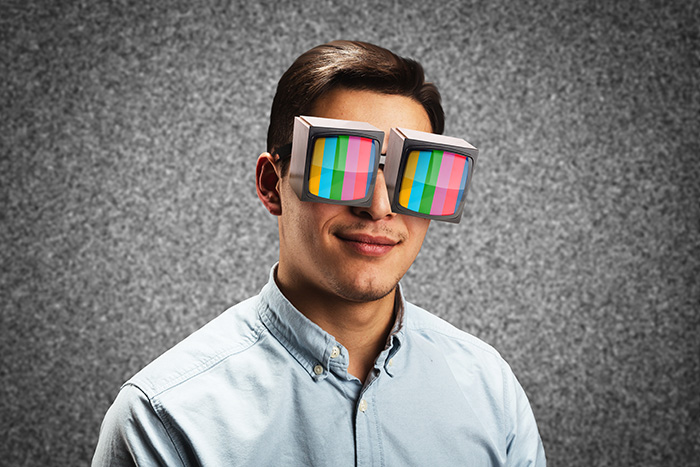 Mc Quail while tracing the history of research in media effects has pointed out four distinct theory eras. In the first era, which ended around the 1930s, media researchers proposed an all seeing, all influential media that directly influenced people’s thoughts, opinions and attitudes. Its power was final and immediate – something best represented by the ‘Magic Bullet Theory/ The Hypodermic needle model.’

The profile of an average media consumer was one of a disassociated member of society who was easily susceptible to an all-powerful, omnipresent entity whose messages/dictates were uniformly consumed by all.

During the 1950s and 1960s however, when multiple studies in various methodologies were unable to find proof to substantiate the notion that the media produced an ‘overwhelming effect’ on its consumers; researchers started looking at alternate interpretations of media cause and effect.

The second era of theories directly challenged the all-powerful notion about the media and countered that the media could not be considered as a ‘pied piper’ but rather as a reinforcer/endorser of pre-existing ideas, attitudes and opinions. Unlike what was the belief up to then, the limited effects theory gave more credit to a person’s ability to control what he saw, learnt or opined, while consuming the media. It also posited the media’s influence was not direct but rather functioned through an interconnected web of mediating factors.

The main difference between the first two eras was that while the ‘Magic Bullet’ era of theorists questioned how the media affected individuals, the second era focused more on asking one other question – ‘How did people use the media?’ The media, therefore, was analyzed as both a dependent and independent variable. The media was no longer viewed as a single stimulus that induced effect; rather the focus was on its role in a natural setting among various other variables.

The profile of an average media consumer was also changed. He/she was considered to be an active consumer who was well interconnected, far from being a disassociated member of society. He/she was a self- determinant who picked what they consumed and what they discarded/rejected. Often what an individual chose was in line with their existing beliefs and value system (essentially selective perception).

Joseph Klapper who reviewed hundreds of media studies in his work ‘The Effects of Mass Communication (1960),’ concluded the same and pointed out that media could no longer be viewed as an agent of change but could best be termed as a reinforcer or sustainer of existing thoughts and ideas. Control, therefore, was in the hands of the audience and not with the media.

Beginnings of the Theory – US Presidential Elections 1940

Paul Lazarsfeld systematic and empirical study of US voters enabled him to classify them into three categories: converts, wavers and crystallizers. His findings showed that interpersonal influence was much stronger than that of the mass media. This realization helped him conceive and later develop the ‘Limited Effects Theory.’

The main players in this theory are a) Media b) Gate Keepers c) Opinion Leaders c) Opinion Followers. The flow of information moves in this above order and gets massively filtered and reinterpreted by the time it reaches the opinion follower.

Lazarsfeld credits the elite high and educated class to be the primary gatekeepers and consumers of media whose biases affect how and what information gets redistributed among those who consume media at much lower levels. Opinion leaders especially lessened or mitigated media effects through their discussions and interpretations of mass media messages with their peers.

By the time adulthood is reached, people have their own perceptions and opinions that are independent of the media. Therefore, their peers and social institutions in general influence people more. The influence of opinion leaders in particular far outweighs that of the media.

Further support for their limited effects paradigm was provided by other studies about the effects of the media. For example, in one study by Carl Hovland, he found that soldiers, who viewed motivational/training films during a series of controlled experiments, were not affected by what they viewed. Rather at an individual level, there were various independent factors (mediating/ intervening variables) that affected their attitudes or motivation levels.

Criticism for the Theory

Post the introduction of this theory, researchers found that further studies could not neatly substantiate or prove that all media effects were limited. Rather, the level of media influence ranged from moderate to high and varied under different conditions. Especially when it comes to framing opinions, later theories do give media some level of credit.

Additionally, the level of media penetration in society is much higher than what it was in the 1940s -1970s. Media is more pervasive and other agents of socialization (mediating/intervening variables) like religion, education and family are weakening.

Many theorists have come up with alternate interpretations of mass media effects. One among them Marshall McLuhan’s Sense Expectation Theory posits that media effects are culturally induced and are medium specific – how a person uses and interacts with a medium can determine the level of effect. Theorists therefore, believe that unlike what Lazarsfeld proposed that media was only a reinforce there were other roles being played by the media as well.

Today the approach to testing media effects does not rely solely on any specific school of thought but is rather a combination of two or more theories.