Communication is one of the most essential aspects of human life. Communication is how human beings interact to convey messages, information or express emotions. Language is the medium through which the process of communication takes place. Language in communication can be verbal, i.e. Using words to read, write and speak or non-verbal i.e using signs, facial expressions or body language. Despite the variety of the means of communication, messages are sometimes not comprehended or simply misunderstood. 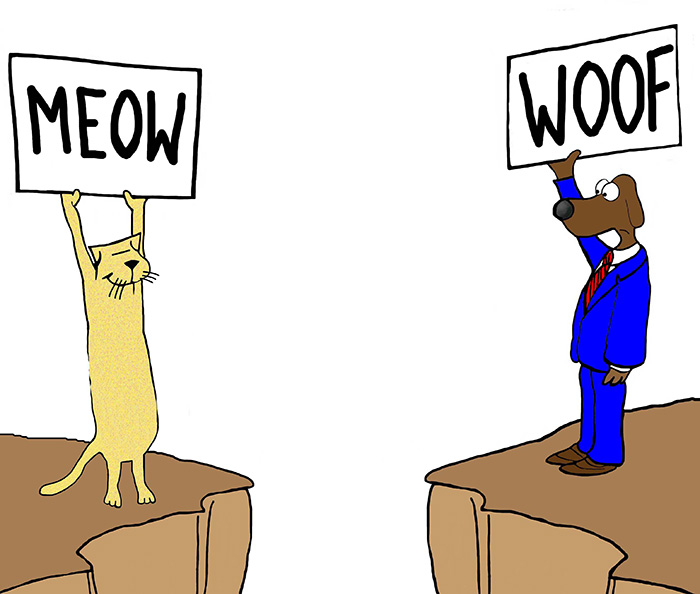 What are Language Barriers?

Communication between people of different countries becomes difficult if neither of the speakers has a common language to communicate in. While knowledge of foreign languages is common practice among people certain languages are still a hurdle for people to learn and communicate. Many translation apps are available on the internet but they are not effective while communicating culture-specific use of languages like idioms, phrases, proverbs and allusions.

For example, the citizens of the USA do not just speak English as half of the population is Hispanics who speak their native language of Spanish. It, therefore, becomes necessary to be bilingual or a polyglot to be able to communicate effectively.

Dialects are regional variants of a language and very rarely have a written script. People in different parts of a state or country develop and use a regional variety of the official language as a result of the influence of other languages or gradual changes in pronunciation of a particular language. Dialects are distinct from one another even though they have the same language as the base. English spoken in the UK has 37 dialects! The use of dialects in workplaces or areas away from where it is practised may result in miscommunication.

Pidgin is a version of the language that arises when users of two different languages create an in-between language that eases communication. Words and grammatical forms of either language are adopted into use and a pidgin is formed. This is usually a second language and is used only when speakers who know the pidgin version needed to communicate.

For example – people from the country of Papa New Guinea have adopted a pidgin from English where they make sentences like “yu no ken kaminsait” (you no can come inside) instead of “do not disturb” and they use “big school” instead of university.

Accents are peculiar ways of pronouncing words of a language. English is spoken in many other accents other than the standard Received Pronunciation. Accents occur when speakers belonging to different regions or countries speak a language not their own. Their mother tongue will influence how they pronounce words in the foreign language. This causes difficulty in understanding what is being said.

For example – although English is a universally spoken language, the accents adopted by each country easily reveal which part of the world they come from. So, we can recognize accents like British, American, African, Indian, Australian, Irish, far Eastern, etc.

Jargon is language or words that are specific to a particular profession. Excessive use of jargon in communication may make comprehension difficult. For example – a doctor’s prescription, the results of a medical test, financial and legal documents need interpretation of experts for the layman.

Slang refers to those words or expressions that are peculiar to a group of persons who are familiar with it. It is an informal language that persons of a close-knit group coin to indicate shared experience or emotion. It may be considered offensive by people who are not familiar with it.

The choice of words made by a speaker is a result of his/ her knowledge and mastery of the language. However, one must be careful while framing sentences or using particular being aware of the multiple meanings of the words (connotative, denotative) and their uses in idioms and phrases. Idioms and phrases are expressions typical to a language. It requires practice and continuous reading to become familiar with the meaning they convey and to understand how they are to be used in conversations and writing.

For example – when someone says “Stop pulling my leg all the time”, it makes an ambiguous sentence as the listener isn’t sure if the speaker means their leg or if it’s the idiom being used.

Verbosity or wordiness can also make the message obscure. The use of unfamiliar words or more words creates fatigue in the mind of the reader making for a break in communication.

For example – a simple sentence like “she likes to enjoy sunsets” can be made verbose by framing a sentence like “She has the preference for relishing eventide.”

Effective communication also depends on the literacy level of the users of the language. The far eastern countries such as Japan, Korea etc prefer their native languages over English and pursue their formal education in Mandarin or Hangeul. Hence they get limited access or exposure to the language of English. This results in limited vocabulary and very little reading of the literature of the English language. Communicating in English at a cosmopolitan workplace makes speakers conscious of their limitations in the use of language and how it becomes a barrier to communication.

Grammatical errors while speaking or writing distort the message and therefore act as a barrier to communication.

For example – sentences involving the use of their, there and they’re

Confusion in the use of homophones

However, certain other activities may also aid in this attempt.