In 1967, Frank Dance has proposed the communication model called Dance’s Helix Model for a better communication process. The name helical comes from “Helix” which means an object having a three-dimensional shape like that of a wire wound uniformly around a cylinder or cone. He shows communication as a dynamic and non-linear process. 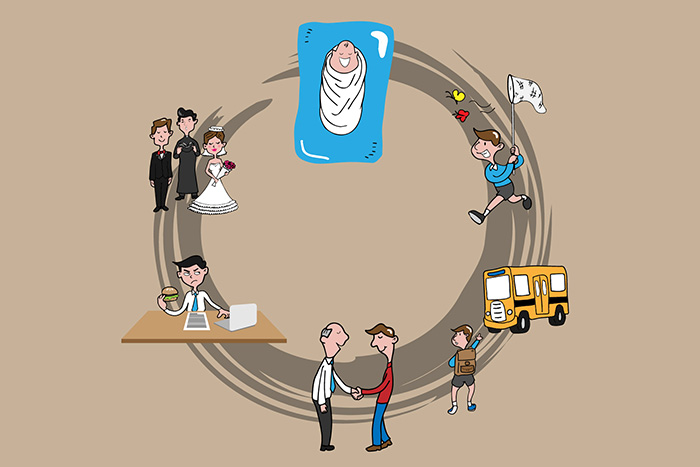 Dance’s model emphasized the difficulty of communication. Frank Dance uses the form of a Helix to describe the communication process. He developed this theory based on a simple helix which gets bigger and bigger as it moves or grows. The main characteristics of a helical model of communication is that it is evolutionary. 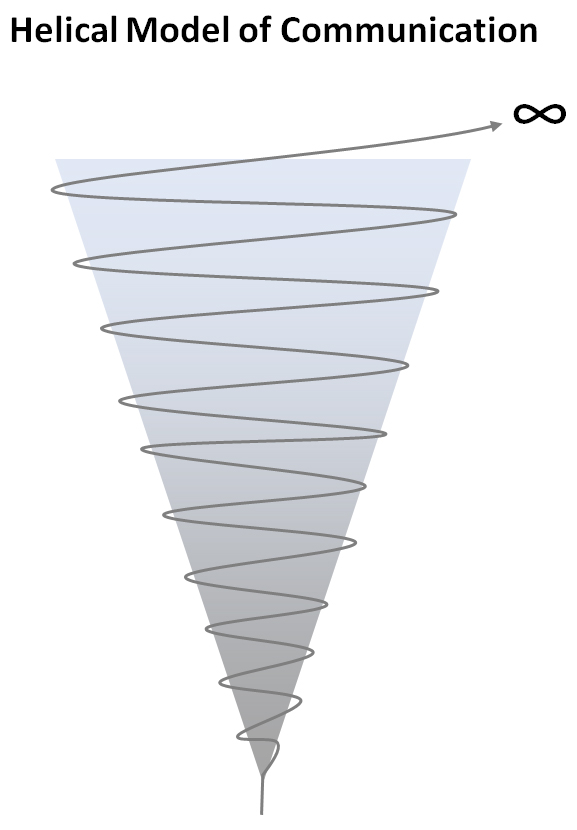 Frank Dance explains the communication process based on this Helix structure and compares it with communication. In the Helix structure, the bottom or starting is very small then it gradually moves upward in a back and forth circular motion which forms the bigger circle in the top and it is still moves further. The whole process takes some time to reach. As like helix, the communication process starts very slowly and defined small circle only. The communicators shared information only with a small portion of themselves to their relationships. Its gradually develops into next level but which will take some time to reach and expanding its boundaries to the next level. Later the communicators commit more and shared more portions by themselves.

When a child is born the only means of communication for him is crying, he cries for everything like hunger, pain, cold etc.. As the child grows the means of communication become wider and broader. He learns to make noises then he learns a language to obtain attention and to fulfil his needs. As a Helix, the process of communication, in this case, started as crying and later it developed into a complex and compound means.

The Helical model of communication is largely dependent on its past. A child learns to pronounce a word in his elementary classes and throughout his life he uses that word in the same way he learnt. Just like that, we used to react to certain things in a certain way in our childhood and such reactions and habits lasts with us forever. The communication evolves in the beginning in some simple forms then the same process of communication functions and develops based on past activities. Thus, his way of communication or his reactions may also different from the past behavior and experiences. It develops further with modifications according to the situations.

Therefore the model concludes that the process of communication is like a continuous curve with some changes or flexibility. The base of the helical curve (lower level) can be affected and/or altered at any time accordingly the experience of an individual.

Frank Dance included the concept of time in his theory. The lifetime experience gained over the issue will always be based on the similar event/incident happened in the past according to him. This theory of communication was subject to a number of experimental researches. Even though this model of communication clarifies everything there is a problem of oversimplification. According to this theory, a communication process is the product of what we learnt.