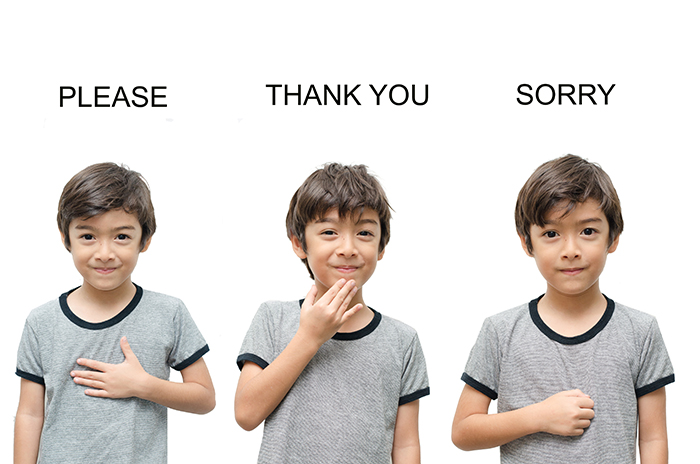 It is interesting to note that a vast majority of us communicate several messages without using speech quite often. In fact, one theory on the origin of language is called the “Gesture theory”, which tries to establish that speech originated from gestures. Someone has aptly said that communication oozes out through one’s finger tips. Though this may appear to be an exaggerated statement, it is truth. Do we not nod our heads to show approval or shake our heads to indicate disapproval. When you are offered a cup of coffee you not only say: ‘No, Thank you’, but, also shake your head or cross your hands. When someone attempts to touch you for a penny, you indicate your denial through words as well as shaking your palm. When someone is in difficulty, he wrings (twists) his hands in frustration. The study of body movements is also known as Kinesis. Body language is so important that a description of it has entered our spoken language. You say that some one blinked to mean that he was confused, someone was bleary eyed to mean that he was not focusing and some one kept his fingers crossed to mean that he was eagerly anticipating and so on and so forth. Our language itself has several such expressions recognising body language. Communication experts point out that only a small percentage of communication is verbal whereas a large percentage is through body language. The following features of one’s bearing or demeanour (way of behaving) is part and parcel of communication.

The way a person stands or sits is his posture. It is good to adopt a flexible erect posture rather than a stiff or slouching posture. An erect posture reveals confidence and poise. Drooping shoulders, sagging in the seat, etc., reveal a feeling of depression and lack of interest.

In oral communication, the movement of the head plays an important role. No one is expected to keep on shaking his head, but appropriate nods and shakes of the head enhance the level of communication.

Face is the index of the mind. We say, ‘she put on a long face’ to mean that she was not in the best of her moods. However much one tries, his hidden feeling of anger, fear, confusion, uncertainty, enthusiasm and joy will get revealed by the facial expression. Sometimes, the words that you utter may be contradicted by your facial expression. A teacher might ask the student if he understood the idea, but he should not wait for an answer. A lack-lustre bewildered facial expression would reveal that the student has not grasped anything.

In an oral communication context, the speaker and listener should not only face each other but also maintain correct eye contact. If someone avoids direct eye contact, he is suspected to be sly or cunning. In eastern countries, subordinates or younger people may avoid direct eye contact out of respect or deference, but it will be misunderstood in an international context. The Tamil poet Subramanya Bharathi has praised upright bearing and straight eye contact.

Movement of hands and fingers enhance communication. But, gestures are culture specific. A clenched fist may mean emphasis for an American but disrespect for an Indian. A thumbs up sign, a movement of the index finger communicate messages effectively. Continuous gestures should be avoided. Non-verbal communication in short, adds, subtracts and amends our message. In an oral communication context, all the above features of body language play an important role. If you expect to communicate in a relaxed atmosphere, you have to kill and destroy the stiffness with appropriate components of body language. Though gestures are culture specific some of them have become universal cutting across cultural boundaries. They have become emblematic. I iach sign is almost an “emblem” for a particular message. A “V” sign with index linger and central finger stands for victory. A thumbs up sign stands for hitch­hiking. A wave of the arm is for a ‘hello’ or a good-bye. Emblems directly stand for a verbal message. Certain gestures are illustrators for they illustrate a point. An arm can be used to draw a circle. The index finger shown with a little shake stands to emphasise a point as an illustrator.

Certain gestures made unconsciously will reveal the mental state of the speaker. Anger, fear, nervousness etc., are often revealed by fidgeting, shifting of legs etc., Twisting the shirt button or cuff-links, rubbing the neck-tie, scratching the cheek, nose, stroking the chin are some of the innumerable unconsciously acquired gestures. If overdone, they may degenerate to the level of mannerisms. One has to avoid the habit of over-gesturing in oral communication.

Body language can be studied elaborately under kinesis which makes a scientific and analytic study of the subject. Oral communication takes place in face to face or one to one situation or when a speaker addresses an audience. The audience may be small as in a group discussion or large in the case of some business meetings. In all these situations, body language plays an important role.

In oral communication situations paralanguage plays an important role while speaking or listening. The speaker or listener makes use of sounds like ‘Hmm’ – ‘ha’, or clicks his tongue or chuckles. These sounds, though do not have a semantic value (meaning), are in fact important prompters in maintaining an unbroken communication chain. They are effective tools of listening. Empathetic listening (ability to imagine and share another person’s feelings, etc.) is characterised by the use of para-language. Our speech is affected by the volume of our voice, the speed of articulation and such sounds made by clicking of our tongue, chuckling, etc. We come across people whose voices quiver when excited. Some others raise the decibel level of their voice. These are people who shriek or shout when provoked. All these lead to an evaluation of the personality of the communicator.

It is possible to communicate an unpleasant information pleasantly or good news badly. When you tell someone, ‘you have done a great job’, it is your statement and the tone together show the receiver whether you are complimenting him or ridiculing him. A complimentary tone is distinctly different from a sarcastic tone.

In oral communication situations, the space between the speaker and the listener is important. Americans consider that a person who comes very close to him while speaking, say, less than two feet is invading into his privacy. Only in intimate and personal situations can people move closer than a foot and a half. To us, who are used to overcrowded public transport system, the American practice of maintaining space in the elevator will be rather surprising whereas to him our invasion of his personal space revolting.

In oral communication situations, silence plays an important role. People quite often talk about “eloquent silence”. Yes, silence can send communication signals. Silence in a particular situation may mean acceptance, agreement and in certain others indifference, apathy or even anger.

In oral communication situations, listening plays an important role. Listening is different from hearing. One can hear all noises and sounds and yet could be a poor listener. Listening is hearing attentively and responding appropriately. Only a good listener can became a good speaker. Attentiveness begins with the posture a listener adopts while he is listening. If a person inclines towards the speaker, it means that the speaker is not clear either in the message or in his articulation. If the listener tilts his head backwards, it shows that he is indifferent. A Good listener is proactive. He is, as they usually say, “all ears”. He responds appropriately using paralanguage. He says, Hmm—yeah—yes—come on now and then. He asks questions and verifies facts. A listener’s role in an oral communication situation is as important as a speaker’s role.