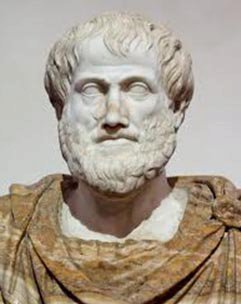 Aristotle Model of Communication is formed with 5 basic elements

Speaker plays an important role in Public speaking. The speaker must prepare his speech and analysis audience needs before he enters into the stage. His words should influence in audience mind and persuade their thoughts towards him.

Alexander gave brave speech to his soldiers in the war field to defeat Persian Empire.