The influence of media affects the presentation of the reports and issues made in the news that affects the public mind. The news reports make it in a way that when a particular news report is given importance and attention than other news the audience will automatically perceive it as the most important news and information are given to them. The priorities of which news comes first and then the next are set by the media according to how people think and how much influence will it have among the audience. 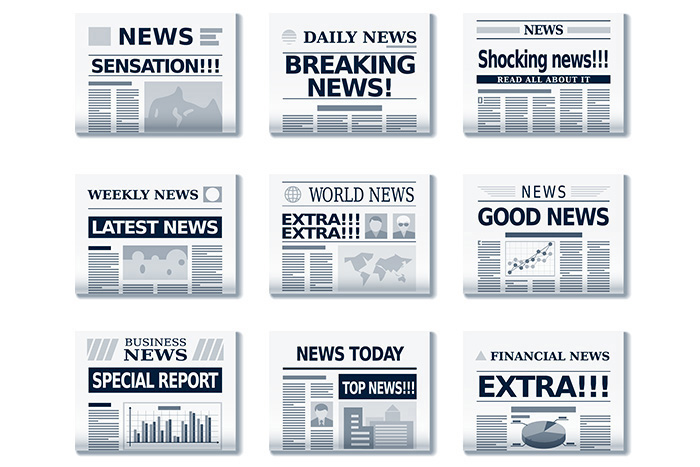 Agenda setting occurs through a cognitive process known as “accessibility”. Media provides information which is the most relevant food for thought, portraits the major issues of the society and reflects people minds.

These are the levels of agenda setting theory:

The first level is usually used by the researchers to study media uses and its objectives or the influences that media creates on people and the most proximal thought that people will have on the exposure to the information given by media house.

At the second level, the media focuses on how people should think about the nature of the issues. Thus, sensationalization of news reports may happen to bring in the interest of the audience. In fact, media wants to grab attention and implant thoughts in people minds about some serious issues. That’s why media turn certain issues viral.

Agenda setting theory is used in a political ad, campaigns, business news, PR (public relation) etc. The main concept associated with the theory is gatekeeping. Gatekeeping is in charge of and has control of the selection of content discussed in the media. It is assumed that the public cares mostly about the product of a media gatekeeping. Editors are the main gatekeepers of media itself. The news media decides ‘what’ events to broadcast and show through the media ‘gates’ on the basis of ‘newsworthiness’.

For e.g.: News Comes from various sources, editors choose what should appear and what should not that’s why they are called as gatekeepers.

Gatekeepers are the powerful authority who ensure the right material is disseminated to mass. Because some issues are important to media but not to masses. Also they are much concern on not to distort peace and public stability.

The responsibility of the media in proposing the values and standards through which the objects gain a certain amount of attention can be judged. The media’s content will provide a sufficient amount of time and space to certain issues, making it more vivid.

In simple words, the media gives the utmost importance to a certain event such that it gives people the impression that that particular news is the most important one. This is done on a daily basis. The selected news report is carried on as a heading or covered regularly for months. For example, terms such as headlines, special news features, discussions, expert opinions are used. Media primes news by repeating the news and giving it more importance like, for example, Nuclear Deal.

Framing is a process of selective control. It has two meanings.

Framing deals with how people attach importance to certain news. For example, in the case of an attack, defeat, win and loss, the media frames the news in such a way that people perceive from a different angle.

We can take the Kargil War between India and Pakistan as an example. In both the countries, the news reports were framed in such a way they show their own country in a positive light and the other in the negative. So depending on which media people have access to, their perception will differ.

Gatekeepers, editors and managers and other external influences.

For example “if the media has close relationship with the elite society, that class will probably affect the media agenda and the public agenda in turn”.

Criticisms of Agenda setting theory is